I, being the bus driver for the Fuzzy Chicken Band concluded a bus trip this past Sunday with the band in Comanche Texas.  It was a two day gig with four performances.

As with any trip we take, the bus must be prepared for the journey.  The “Rancherette” and the “Rancherwriterpoet” had packed their bags the night before. We typically wait until the last minute before departure to inform the Fuzzy Chicken Band. They get so antsy and uptight that we go to all lengths to keep them in the dark.  However, they must have suspected something was up. Probably it was the baths and blow dry the day before.

You could hear cackling cries of “road trip, road trip”.  Even the chickens who free range next door got excited. Their enthusiasm created more uproar around the neighborhood. Mind you now, the neighborhood fowl do not travel, except into the dog yard and that usually is not a good thing. Luka, our little rescue Italian Greyhound with a hitch in his get-a-long, can still chase down a free range chicken in record time. If that chicken cannot fly back over the fence, well, chicken nuggets.

All the band members were raring to go, except for Cowboy the Cochin. He was still miffed because I did not get him a new ride as he suggested last trip. He wanted to know, “what’s in it for me?”  “Ho hum, another show, another award”.   Reluctantly He agreed to go if I would program the satellite radio to his Bluetooth. Seems he is a huge fan of the Traveling Wilburys with Tom Petty and George Harrison. He loves “The End of the Line”.  You can listen here if you are so inclined.

If you listen closely you can hear Cowboy singing along.

Of course that’s Cowboy’s version. He’s got more but I refused to include any out of respect for my readers and of course, the Traveling Wilburys.

So bags were packed, the bus loaded, the first class quarters readied for the Fuzzy Chicken Band and the traveling music is ready on their Bluetooth.

They were fluffed and primped and ready for the big trip and of course the performances. This would be the first time for two performances each day in a two day show. The manager, AKA “The Rancherette” had them at their best. She gets the most from these performers. You should hear her at times. She cajoles them; sweet talks them, bribes them with treats and in general persuades them to listen to her coaching. Notice I said persuades; I’ll leave it at that. But me thinks she could probably coach a hockey team with her sweet demeanor.She  taking notes, I’m staying clear. 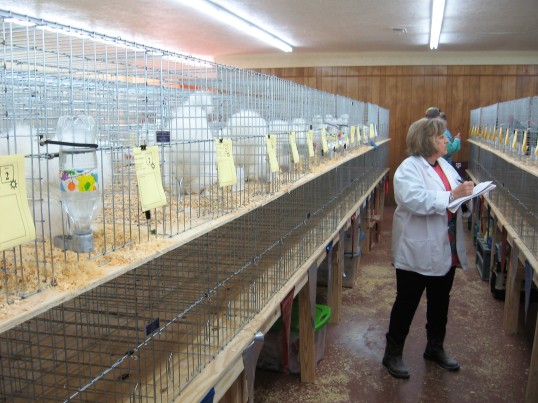 On Saturday, before the judging began, The Fuzzy Chicken Band made the rounds meeting and greeting the other performers. They met new friends, renewed old acquaintances and in general were on their best behavior.  It is really interesting when the band jams with other bands. They make beautiful music together. Especially since they all speak in different dialects and foreign languages. The little Cochin Sisters performed admirably. A couple of newbies made their first appearance and did well. The “Rancherette”  is always on the lookout for new talent for the Fuzzy Chicken Band. Cowgirl did her best in spite of Cowboy’s lack of harmony. I think Cowboy was still not on his game. Sunday brough about two more shows and Cowboy’s attitude was a tad better.

The accommodations for the performers at Comanche Crossroads were excellent. 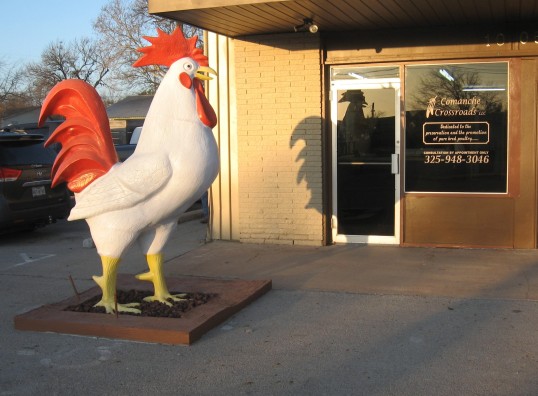 They were the best the Fuzzy Chicken Band had ever experienced for these poultry shows. The staff, Dwayne and Melody,  are to be commended for their first-rate adherence to perfection.They took very good care of the humans with free donuts, cold drinks and a genuine attention to detail. As the bus driver for the Fuzzy Chicken Band I’m always looking for free food. It is a sure bet the the manager, AKA The Rancherette” will solicit an invitation to the next show in Comanche. The bus driver seconds that motion. Cowboy, not so sure.

Well, the trip home was a quiet one. After four performances this little band was very tired. Cowboy kept his mouth shut, at least low enough where we could not hear his complaints. I’m thinking now that it could be because “Zorba, not the Greek”, did not make this trip. The two of them usually collaborate on a duet at least twice during the trip. The two newbies tried, but they are too young. Yep, that’s it. No duet! Maybe next time, Cowboy.

No rest for the Fuzzy Chicken Band. They have already begun rehearsing for the next show in Beaumont and looking forward to jamming with other bands. Hope they get it together before we travel and not while we are traveling. I’m keeping very quiet about this next trip. Do not want to start any hubbub with the divas or the divo.

The Fuzzy Chicken Band sends HAPPY VALENTINE to all. And especially to the bus driver’s best helpers. 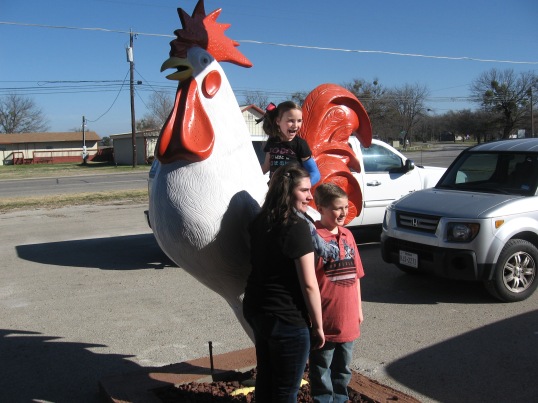 2 thoughts on “The Travelin’ Fuzzy Band”